Thanks to ladyironchef, i was invited to a brunch outing with his fellow dessert enthusiasts.

It was impossible not to anticipate the pressure, being a greenhorn in slr-photography and a low-profile blogger, to dine with a group of renowned food bloggers (including some professional bakers). However, i was surprised by how my contending fears quickly dissipated after meeting them on Sunday morning.

Choupinette is a small French bistrot nestled amidst the gourmet convoy of Bukit Timah. The atmosphere's charming cosy, swathed with various fresh bakes that allures the morning senses.

For a compact cafe like this, the variety available for brunch is impressive. Choosing was tough, especially when you are keen on making an irreproachable decision. A constant customer flow also raised hopes.

A pity, our hopes weren't kept high for long.

The air-conditioning malfunctioned, kitchen efficiency flopped, service not up to mark, and the quality of food was simply inadequate to rectify the tarnished impressions.

Picking a classic french pastry off the basket seemed like a wise strategy to go light on the meal and heavy on desserts. Sadly, both the Almond Danish and Pain au Chocolat fell short of anticipated crustyness and even the basic gesture of being warmed up. More chocolate fillings needed too!

Le Croque Monsieur sounded like a rich toastie encasing a combination of ham and white bechamel sauce, grilled with an emmental cheese crust.

and
Any juice, water, soft drink, coffee or tea
and
Your choice of creme brulee, chocolate mousse or 4 macaroons

Brunch for me began with a glass of grapefruit juice (from concentrate) as i awaited the disjointed arrival of my Le Noe's Sandwich. I felt totally positive about those generous silvers of slender smoked salmon, piled between a homemade gravlax-sauce-dubbed bun.

The bread was doubtlessly fresh and fluffy to please, but portion control was overlooked. This long sub can easily feed two.

I reckoned the quiches were probably most decent of the lot. A second order of Spinach Quiche was placed after the bacon-studded Quiche Lorraine had been given an optimisstic approval.

LIC calls these the most-expensive-eggs-you-would-have-ever-eaten, for a measly serving sets you paying in the range of twenties. Featuring just two eggs over toasted bread and either ham or smoked salmon, any one would naturally be dubious of its officious value.

This is when the underlying skills come into picture. Noticing how Fen's yolk cracked into a cascade of runny liquid yellow, i began to see the efforts behind the masterfully poached eggs. Not forgetting those beautiful drizzles of unblemished hollandaise sauce.

It was already a fulfilling eye-feast without having to taste.

On the other hand, the Le Fromage Burger (substantiated by a bulk of fries aside) displayed an opposing image- it resembled more like a charred portobello than beef patty. Corresponding comments agreed on its sufficient seasoning but unacceptable toughness.

Desserts, a medley of disappointment.

Meeting the expectations of seasoned dessert enthusiasts is certainly ardous, especially when baking experts are involved. Each slice underwent a sequence of vigorous judging, with every flaw brought to light. Worse, startling identicals were mentioned to be seen elsewhere too.

A bad start really shook my senses. Their Tarte au Citron released an inharmonious mix of tongue-biting sour and unrelenting sweetness, further worsening the stake of its atrocious meringue crown.

'Thousand sheets' in French, or more commmonly known as Napoleon, the Mille-feuille Frambois starred custard cream and raspberry fillings between several layers of puff pastry. Once again, the problem lied in their crisp-lacking pastry.

Palais Royale ($6.90)
Dark chocolate and crunchy praline. Sweetness was toned down, but the praline was almost undetectable within the block of mishy-mushy cream. 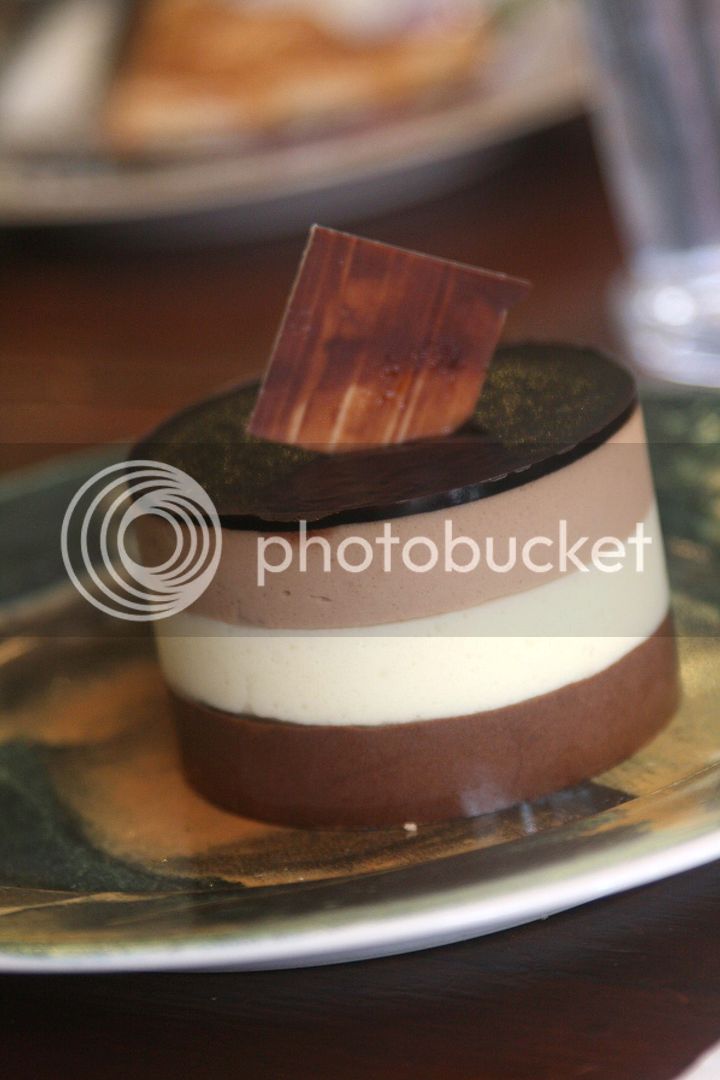 I was instantly reminded of TCC's Cocoa Mosaic. Vendome's a thoughful combination of milk, white and dark chocolate mousse that soothes into a unified flavour. Not too extreme in cocoa, and definitely more sizeable than the TCC petites.

It is important to opt for additional vanilla icecream. The base of their Tarte aux Pommes may be a tad flat and soggyish, with paltry apple slices, but somehow the hot-and-cold, cinnamon-and-vanilla contrasts never fails to delight.

These eight came along with the Chouchou's Set orders, and there were only criticisms to hear of them. The Macaroons crumbled apart like fragile muffins, with flavourings either too faint or artificial. Evan also pointed out about the unvarying fillings. I only felt that the peach one had some novelty to it.

To put it nicely, macaroons without identity.

To put it harshly, a huge macaroon disaster.

Think twice if you are keen on visiting, i personally believe there are more competent places out there to spend on Brunch. Try Rider's Cafe, or even Jones The Grocer.

Company wise, this was one of my most memorable brunches ever! I enjoyed meeting and learning from the amicable bakers and bloggers.. thanks so much brad for the chance! (:

Eat Well, Be Well.
That is the winner phrase which Cedele lives on. The classic saying goes 'health is wealth'...and this is Cedele's unrivalled market strategy. By offering dishes ignited with wholegrains and health-boosting ingredients, consumers are convinced of receiving well-balanced meals in store.

The variety proves no deficiency as well- ranging from breakfast pancakes, hearty sandwiches, pastas to ranges of gourmet drinks and desserts- there is bound to be something new for Dad and i to savour each time. 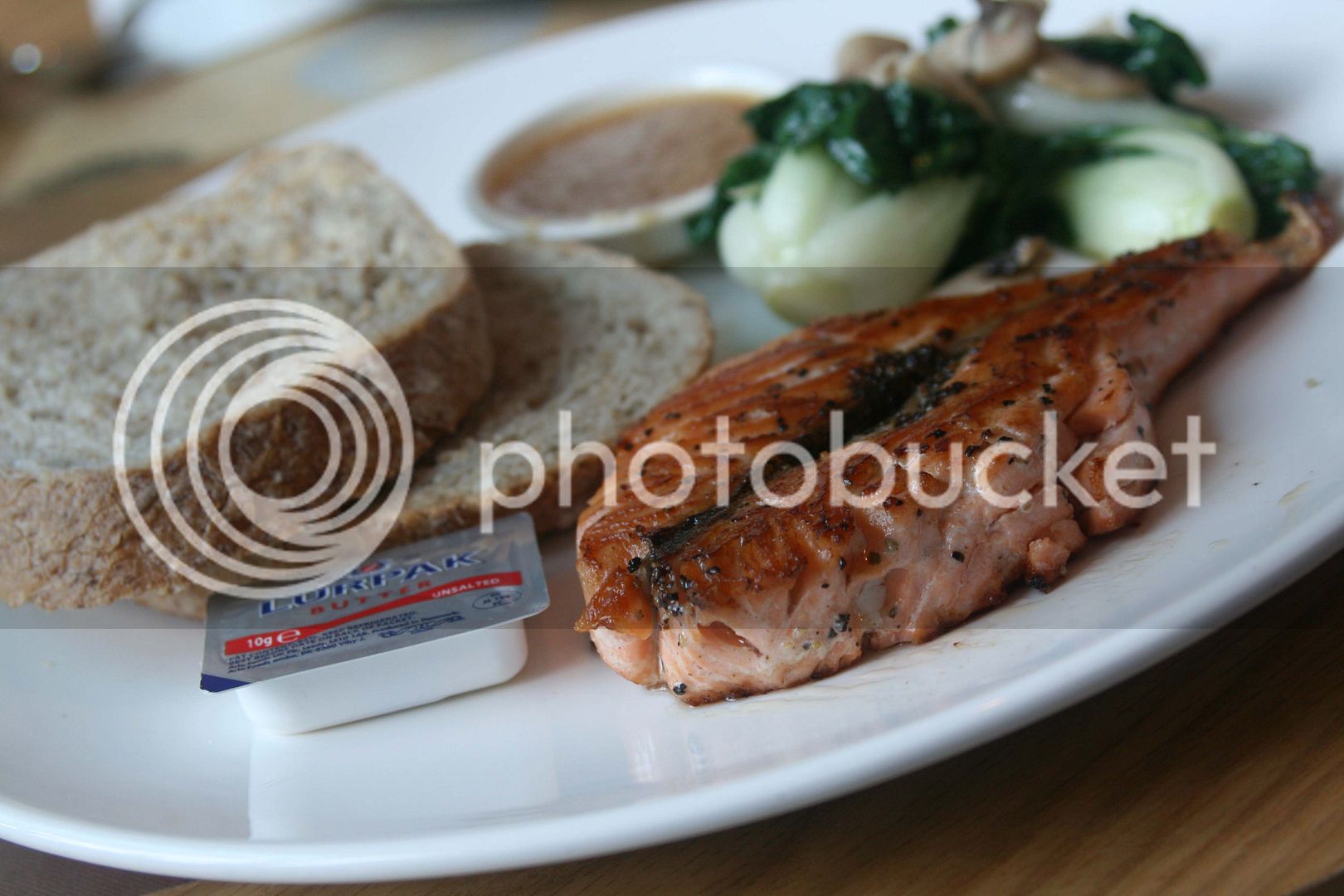 We were both craving for an omega-fatty-acids-boost in different styles. Dad had the western Lemon Butter Salmon, featuring a skin-on fillet doused in clarified citrus sauce and raw salad by the side. Potato mash was replaced by organic brown rice upon his request.

I preferred the oriental Plum Sesame Salmon, a pepper-seasoned butterfly salmon steak cut served with a chinese greens stirfry that felt like a homely cai-fan dish. My heart goes out to my switch of carbs; from rice to the wholesomely handcrafted wholemeal sunflower seed bread.. loved that.

Nothing beats having healthy wholesome meals without sacrificing one bit of satisfaction. We love Cedele for its guilt-free delights. I can already foresee our next visit, anytime soon.

I am officially a dslr user, taking responsibility of a Canon E400d, and introducing a new league of pictures into my foodblog.

Still a humble novice, so please do bear with my unprofessionalism.

Cheers,
Elaine.
Posted by Elaine Ng. at 9:36 PM No comments:

The first thing i craved for upon arrival in Singapore (from Vietnam) was fish- particularly my favourite salmon. Having been deprived of a decent fish fix for fourteen days was close to torture for a seafoodie like me.

As we drove past Playground @ Big Splash, flashes of melty salmon sashimi scrolled across my mind, and i immediately signalled Dad to turn in.

At $6.50 for a fist-sized portion, Ikura was a luxurious indugle. But to think of those juiceful popping sensations they entail in your mouth, the pricetag becomes bleary to consider about.

Ika Chidori has been one of Sushi Tei's most long-standing dish since we began patronising. Chilled raw squid tossed with a seaweed and roe blend. You would require a wasabi+soy dip to find real taste in this one.

Seafood Yosenabe ($12.90)
Their Seafood Yosenabe could pull off as a main course with its glass noodle contents and range of seafood protein. The soup base's clear yet tasty, but the seafood may shrivel if left swimming in there for too long.

Salmon Shio ($9.90)
Not to forget my salmon fix. I enjoyed every morsel of this salt-seasoned Salmon Shio chunk, grilled to firm doneness. Even though its a tad dry, i'll call it Salmon Shio-k for this time.

I have just returned from a Hokkaido trip- gastronomical feast!- and have too many entries to complete, plus another vietnam trip coming my way.

Posting randomly as and when i can (:

I've found my numberr 1 icecream!
made with love, passion, hope and sweat.

oh how much i love thee~
I couldn't jump for more joy over Yide's recommendation.

This little place in Shaw Towers (along Beach Road, not to be confused with Shaw House/ Shaw Centre) deserves a

I have nothing but true admiration for the owner's never-say-die, always-climb-higher work attitude, a perfect role model for any cafe-owner-wannabes. Like me. By sheer chance he spotted my food photo book in my friends hands, requested to have a look, and then *POOF!... we began our long discussion on f&b matters! When the food-creating-passionates meet. haha.

Through the conversation i even dug out that he is actually the trusty supplier (and creator) of the icecreams served at Wild Rocket.

Ed's Tea & Apple Pie
Returning to the highlight: fabulously smooth icecream that gets you scooping up till the last bit. I revelled in the familiar goodness of Ed's Tea (aka Teh Tarik), liberal in tea essence yet halting before reaching overdoneness. Apple Pie flashed meek notes of cinnamon to my delight, and the Cherry Almond bore a unique character. Whats more, new flavours are constantly being generated!

Hazelnut & Cherry Almond
Not sure about you, but i was certain i loved it. These were Large cups at $4.40 each and something is urging me that i should opt for the jumbo packs next time round. Lol.

tell them how much you love them!
my love doesn't stop here.
i'm already yearning for more. you have my reverence (:

I looked beyond the american versions and followed a japanese recipe this time. The batter fluffed exceedingly and the cakes upheld the milky kick i wanted. Time to work on improving the colour... when can they be evenly browned like Mcdonald's hotcakes?


Macs' are my childhood favourite (:

the colour tells it all...

it never disappoints (unless you pack home cold soggy ones)

This can be finger-lickin' good,
This can be fork-and-knife-lickin' good.
Because this is Relish. Relish by Willin Low.
Like how donuts can be upmarketed and dressed in the most uncommon ways, Willin Low have uplifted the fastfood icon with conciliated efforts. Just as we've had enough of McSpicy Double and Mushroom Swiss, these junkfood-turned-gourmet-creations came in the nick of time to revive some excitement.

Relish stands proudly on the second deck of Cluny Court, a bright mirthy enclosure to feel comfortable in. The atmosphere may be casual but expect no simplicity in their menu; every burger invention is meticulously crafted with unconventional details. local style.

Curry Chicken Burger, BBQ Char Siew Pork Open Burger... If not at Relish, you would have to wait on for some future hawker centre+fastfood joint venture, haha.

It resembled nothing like the wet smooth and gravy-ful dish i once loved as a child, yet i happen to feel repleted in this clean simplification. Not too oily, not too spicy, no irritable aftereffects to my throat or stomach. the luscious innards...
The Seafood Burger with Lemon Mayo kept Dad numb on complaints too. Who would fuss over a sturdy pattie bursting with crab, prawns and octopus crammed in fresh fish paste? Dad wouldn't... neither would i.

Pandan Panna Cotta ($9)
I loved this even more. It was legendary Pandan Panna Cotta of a miraculously smooth wobbly texture, lushing with full-bodied pandan fragrance and optimally chilled into heaven bites. Enough said.
Elaine's best panna cotta till date.
This won't be the only entry. I need more of relish.
Relish
501 Bukit Timah Road
#02-01 Cluny Court
6763 1547
Posted by Elaine Ng. at 12:44 AM 1 comment: 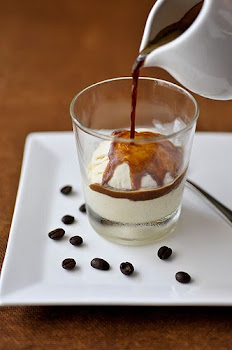 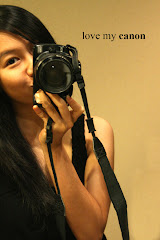